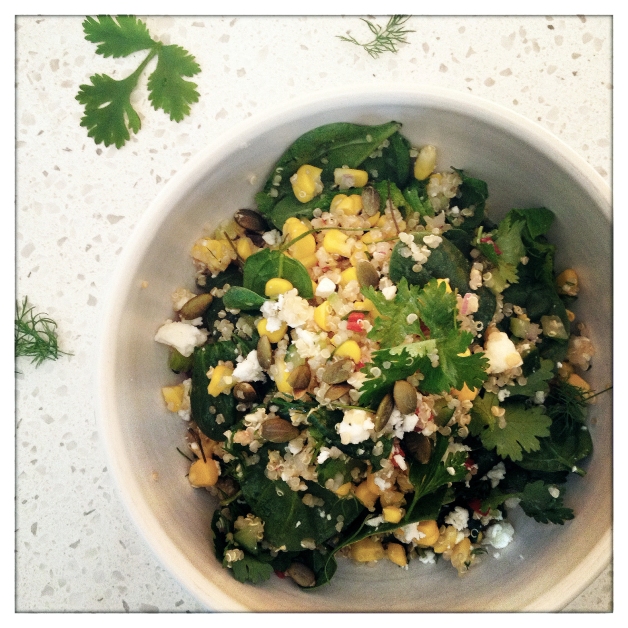 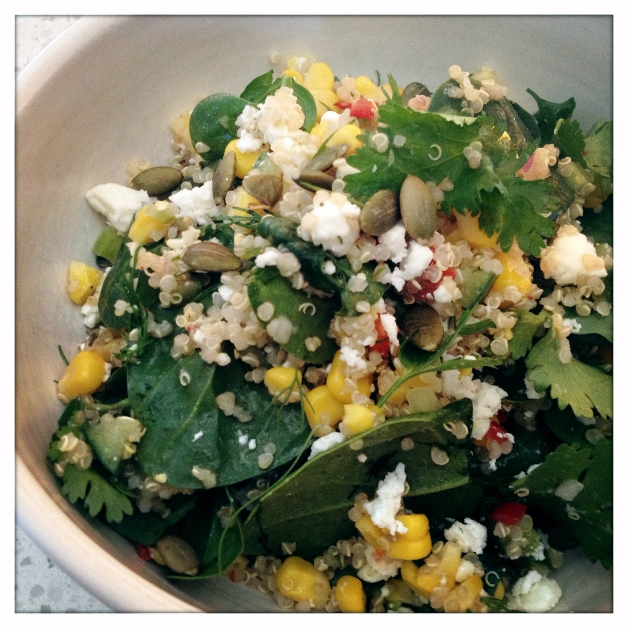 Recently I went through my folder of recipe clippings, saved from various sources over the years. I often save recipes that look great but I’m truly hopeless at getting around to making them.

I decided to change this pattern and made a Quinoa Salad recipe from Mamasita in Melbourne out of a Delicious magazine from a few years ago. I made a few additions to improve it and I have to say, it’s really yum. Great as a side dish or use it with some beef mince to stuff a burrito. Delish.

Bring a large pan of salted water to the boil. Cook corn in husks for 20 minutes or until tender. Drain and allow to cool, then remove and discard husks. Using a sharp knife, slice off corn kernels and set aside.

Meanwhile, place quinoa in a pan with 600ml water over medium heat. Simmer for 10 minutes or until tender. Drain. Cool.

For the dressing, combine ingredients in a bowl, then season to taste.

Toss corn, quinoa, spinach, coriander, chilli, capsicum and feta with the dressing. Sprinkle over the pepitas and serve.